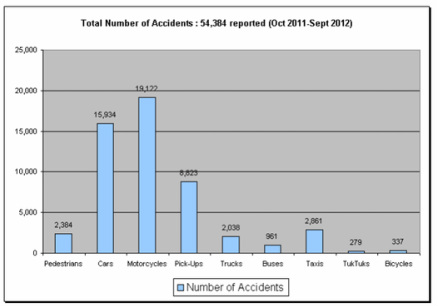 Analysis: This table shows that most of Bangkok's accidents are caused from motorcycles with 19,122 accidents. Also shows that there is alot of traffic congestion to cause all these accidents. 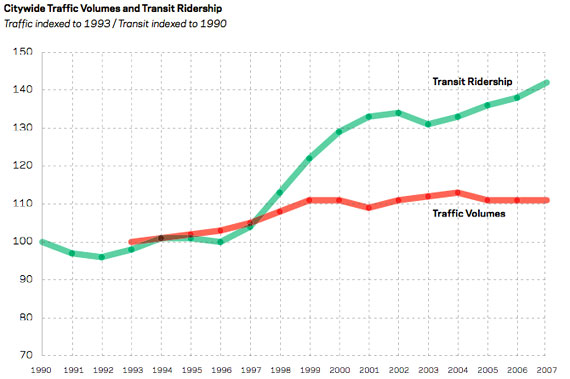 Analysis: Traffic volumes and transit ridership through the years.
Bangkok's Bus
The state enterprise that runs the Bangkok public bus service may be reputed to be the fourth-largest city bus company in the world, but it still does not have enough buses to carry the people of Bangkok.

Health issue
In Bangkok if traveling over there you will need to have vaccinations they would include tetanus-diphtheria shots measles-mumps-rubella, polio and caricella you should also have a Hepatitis-A vaccine shot and a Typhoid immunization. In Bangkok you can get dengue fever


Pollution and water sanitation
Air pollution is significant in Bangkok and people with respiratory conditions are at risk for complications from air pollution. This risk may be minimized by drinking plenty of fluids. People get sore throat and dry cough all the time. The waterways in the city are also highly polluted, and many of them are already anaerobic and give off offensive smells. This is mainly because the majority of houses in Bangkok discharge waste water straight into storm drains that directly connect to those canals or waterways.

Homelessness and Slums
A large majority of Bangkok is slums. The reason for this is because there is a growth of poverty from people moving into Bangkok and leaving the poor with no where to go. Since become are becoming homeless and going onto the streets, a large margin of the people that are homeless go into the drug and sex world.