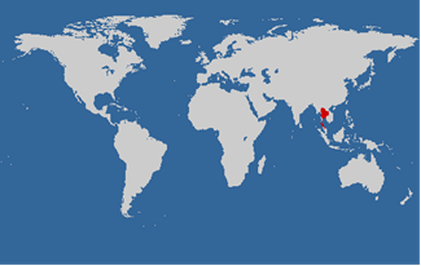 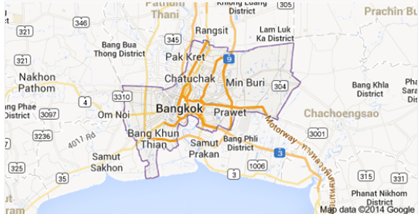 Bangkok regional map https://www.google.com.au/maps/preview?safe=active&q=bangkok+on+regional+map&ie=UTF-8&hq=&hnear=0x311d6032280d61f3:0x10100b25de24820,Bangkok,+Thailand≷=au&ei=g8uDU6OtI8mjkQXXjYCoCw&ved=0CCkQ8gEwAA
Analysis- This picture shows the areas and suburbs in/around Bangkok. It shows some of the roads and how Bangkok is situated near water.
Bangkok on Satellite Image 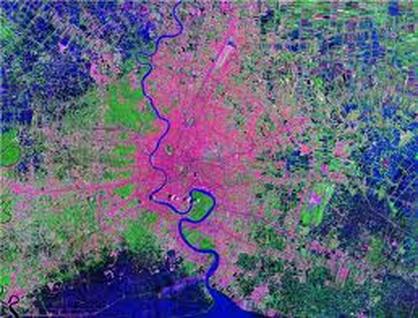 Bangkok on Satellite Image http://geology.com/world-cities/
Analysis- Shoes the urbanization with the pink being more populated and the green being less populated. From this picture you can see that Bangkok is most probably going to grow to the North West.
Bangkok city 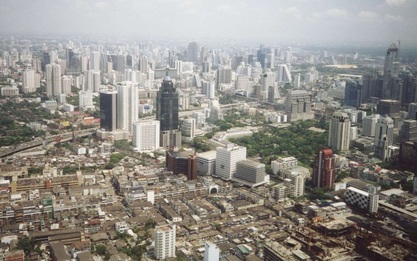 Bangkok city http://www.123rf.com/photo_11652659_view-from-above-of-bangkok-city-thailand.html
Analysis- This picture shows the difference in  the city and how it has big sky scraper buildings but it also has urbanized housing. This picture shows what Bangkok looks like. Shows some of the vegetation in the city.
Bangkok Location
The area of Bangkok is: 1,569km2. Bangkok is expected to grow bigger and wider so that number will rise. The city spreads from the centre of the city to outer suburbs and regions.


The landscape in Bangkok is very crowded and polluted. It has a very stuffy feel to it and has barley any vegetation.


In Bangkok lots of the population is Chinese and vitamise and there is a little chaonam (monken).
Age structure in 2013 in Bangkok:

Why people move to Bangkok?
People move there for many reasons some of them are, work reasons, the weather, and the people. 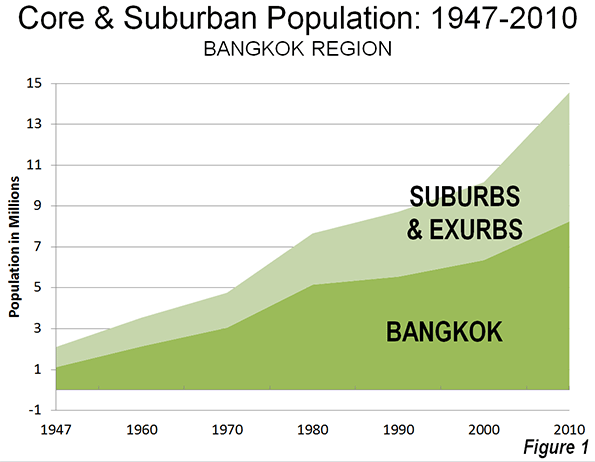 Analysis: Population in Bangkok has grown more in the suburbs and exurbs with a bit more than 14 million people living there.
Religion in Bangkok
Religion in Thailand is varied. There is no official state religion in the Thai constitution, which guarantees religious freedom for all Thai citizens. In Bangkok Buddhism is one of the most common religions and second best after Buddhism would be Muslims.

Analysis: Thailand's ecological footprint in gha/pers is 2.37. This shows that Thailand is going to grow more and more and a big problem will arise.